SPS North America, Inc. is a family-owned company founded by Jon & Joom Dobbs and is the original exclusive North American distributor of the oldest, fastest, and most affordable mud motor design available throughout the United States and Canada.

Jon grew up on a cattle ranch in the backwoods of the Ozark Mountains in Northeast Oklahoma and Northwest Arkansas.  He moved to Florida in 1986, graduated from the University of South Florida in 1990, and went to work for the Florida Marine Patrol that same year.  Jon has had a colorful career, spanning 25 years in maritime law enforcement.  He has held a US Coast Guard 50 ton Master Captains license for many years, and piloted everything from airboats to 1200 horsepower offshore interceptors while in pursuit of poachers and smugglers in the harsh marine environs of Florida.  Jon was promoted to Lieutenant in 1997, and following the merger of the Florida Marine Patrol and the Florida Game & Freshwater Fish Commission, he spent the remainder of his career as a shift commander, supervising game wardens.  Managing a fleet of watercraft, and keeping them operational, has made him keenly aware of how expensive boating has become;

“Keeping a conventional outboard engine running in this day and age can be very expensive.  Marine engines have become unnecessarily complicated, often requiring special tools, diagnostic equipment, and advanced training to repair them.  These factors force the average guy to take his boat to a certified marine mechanic every time he needs it serviced or repaired.  The cost simply makes boating too expensive for many folks.  Because not every hunter or fisherman is rich, I saw a need in America for a more economical propulsion system….a tough, versatile kit that the working guy would find affordable to purchase, and simple enough to assemble and maintain using basic hand tools.  We founded SPS North America, Inc. to make that all possible.”

Jon’s knowledge of the Thai longtail motor stretches back over 25 years ago when he first started traveling regularly to Thailand in 1992.  His years of hard-earned field experience running the backwater klongs of Bangkok, haunting the Thai racing circuit, exploring the upcountry jungle rivers of Thailand, and hunting the vast swamps of the Florida Everglades and the frozen tundra of Alaska, are what make him uniquely qualified to share with his customers an extensive knowledge of the Thai longtail motor available from no other source in the Western Hemisphere. 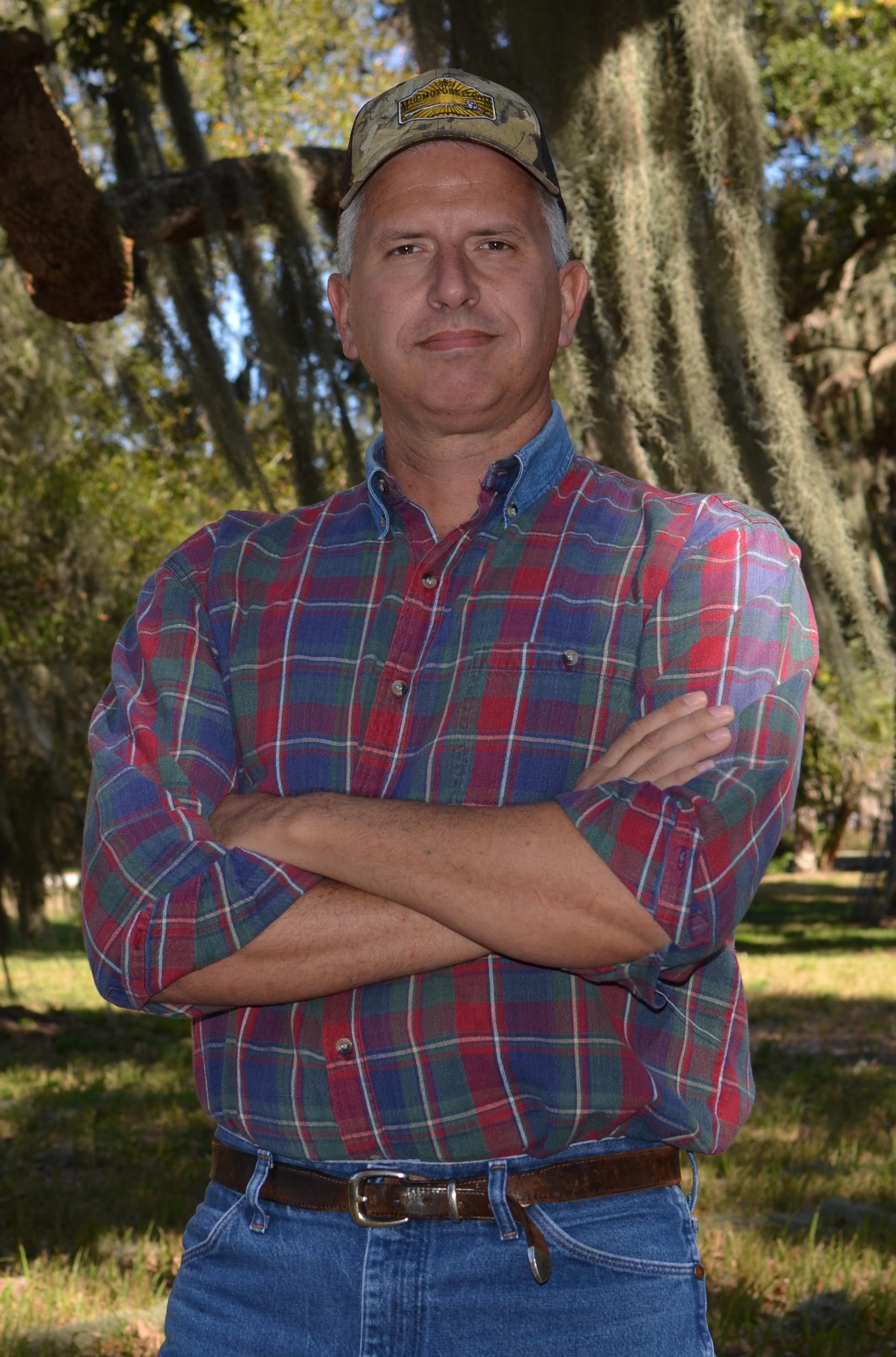 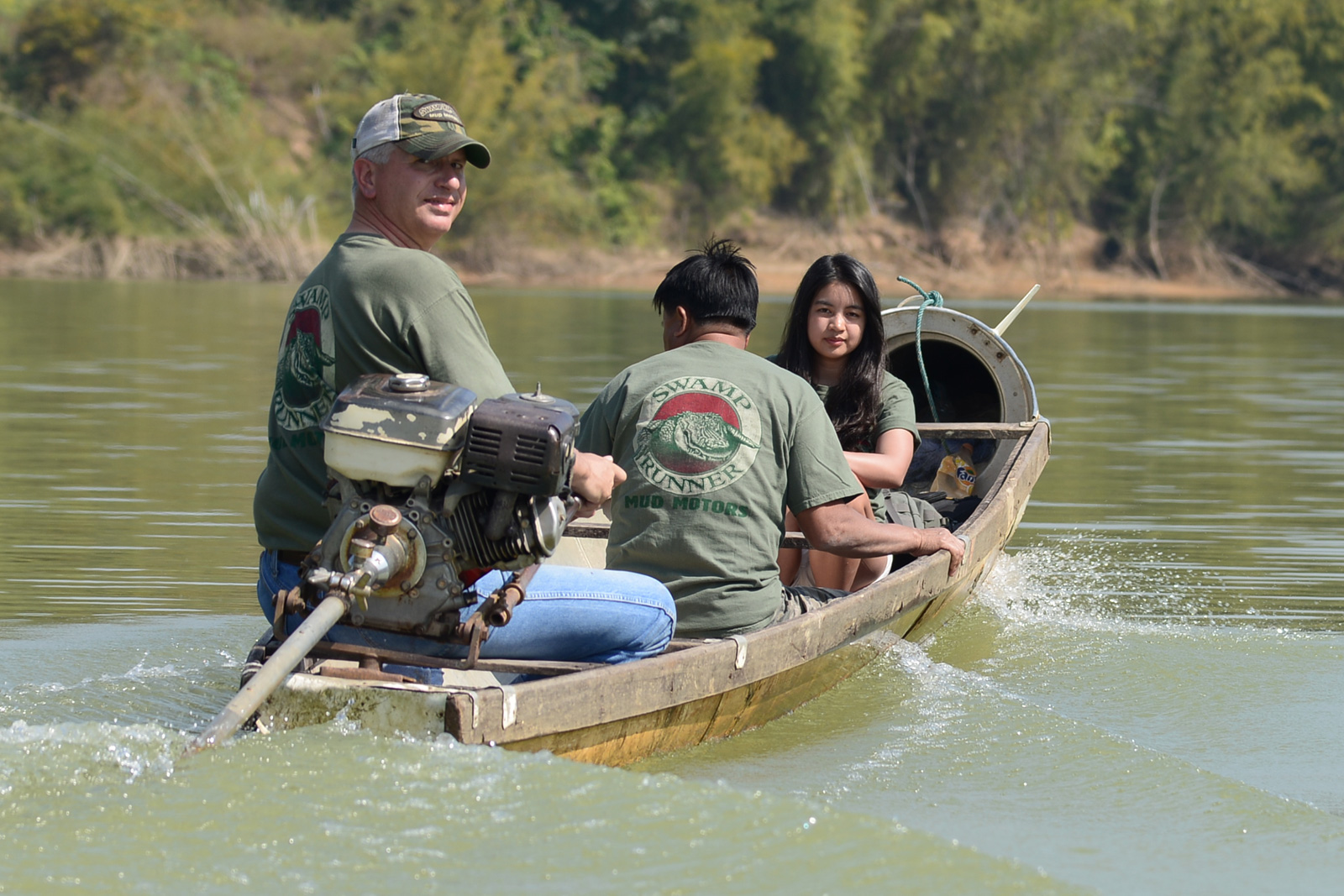 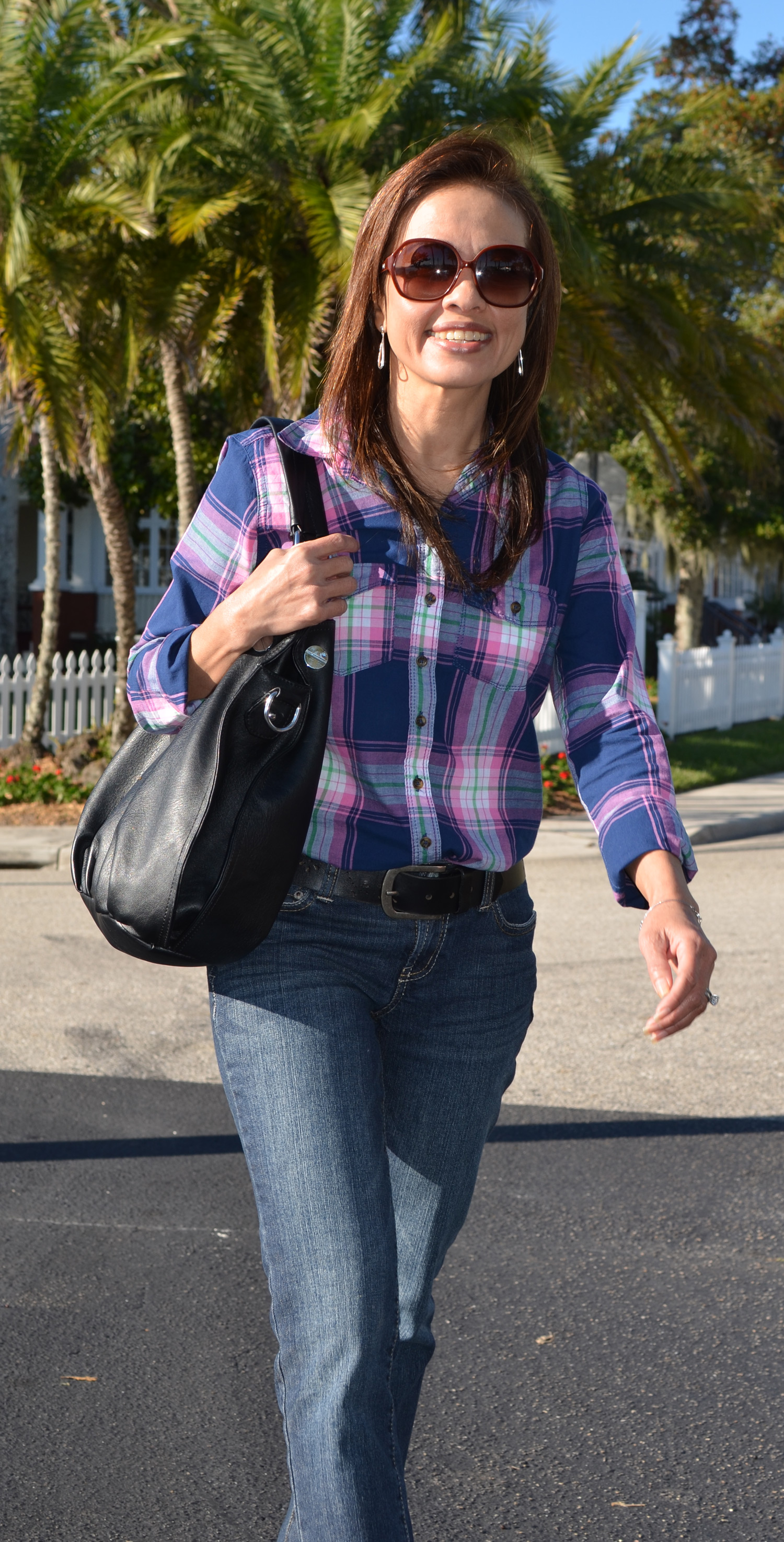 Joom is a native of Thailand and was born in the picturesque seaside village of Prachuap Khiri Khan.  She grew up watching the longtail boats of the local commercial fisherman going out to sea and returning at all hours of the day and night.  Her fond childhood memories have given her a special bond with the Thai fishing families who relied upon their trusty longtails to harvest their catch and get them back home safely.

“The fishermen of our village were very experienced men of the sea.  They fished in heavy seas and bad weather and were often gone for days on end.  They depended upon their longtail motor to bring them back home safely to their family.  If they broke down, the Thai longtail was simple, so they could repair it at sea.  I am very proud to be from Prachuap.”

Joom left her hometown after high school and moved to the sprawling city of Bangkok to attend the University of the Thai Chamber of Commerce.  After receiving a Bachelor of Arts Degree in Business, Joom worked for many years for an export company.  Being fluent in both Thai and English, Joom’s business savvy, in-depth knowledge of manufacturing and shipping in Thailand, and her large network of old and trusted Thai business friendships are what make the high quality and low prices of Swamp Runner longtails possible.  Thanks to Joom, no other mud motor manufacturer could possibly provide a better value. 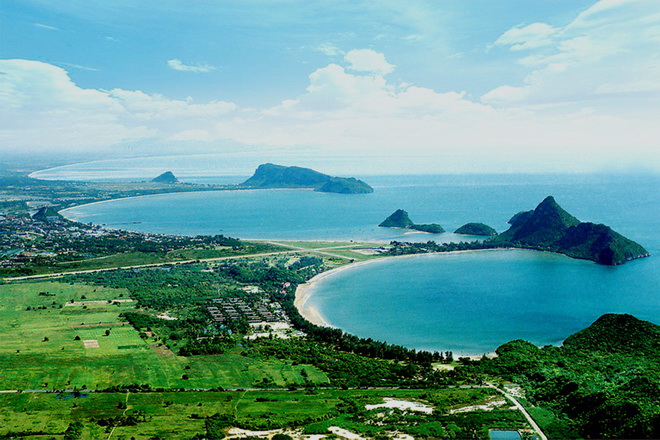 With the help of our talented and knowledgeable team; Steve Cadwell, and Kittinun Sriprasertying, we constantly challenge our products through rugged field testing.  All of us are outdoorsmen who understand mud motors because we operate our longtails regularly while engaged in our favorite diversions; waterfowling, fishing, and exploring the isolated backwaters of Florida, vast rivers of Alaska, and the remote jungles of Southeast Asia.

We listen closely to customer feedback.  Through your suggestions, and our own continuous field testing, we have implemented dozens of product enhancements.  Our relentless quest to offer you a better longtail motor is never finished.

We are a long term company with long term goals.  We offer a quality product at a very affordable price, and support it with excellent customer service.  If we do that every day for you, we will surely be here tomorrow.

Please explore our website, read our customer testimonials, check out our positive feedback on eBay, like us on Facebook, and visit our forums where you will discover the amazing world of the Thai longtail.